TALES FROM AROUND THE VICTORIAN WORLD.

Wonder what Stephenson would have made of todays railways? His might have only travelled at a slow speed…but at least it ran! Which is a lot more than can be said of todays British trains.

Taken from ‘Little Folks a Magazine for the Young’ 1890. 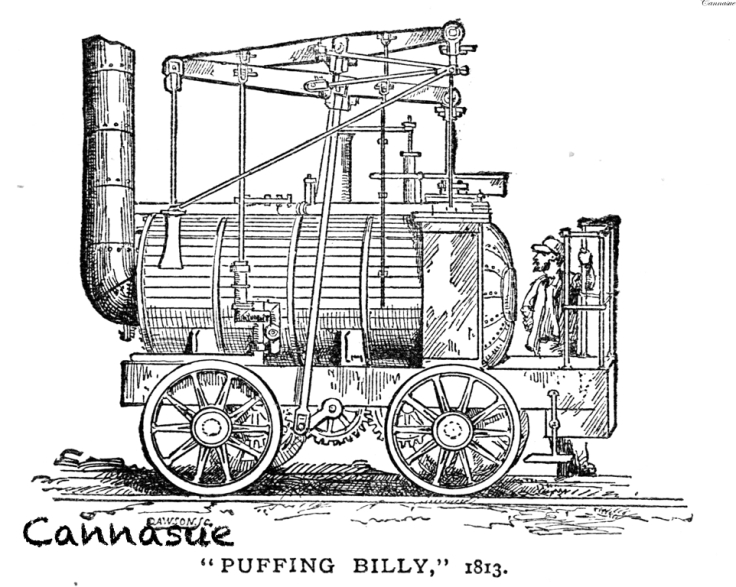 ‘On the 27th of September, 1825, George Stephenson drove his engine “Locomotion”-a name that was afterwards changed to “Puffing Billy”- from Brusselton to Stockton on the Stockton and Darlington railway, a distance of twenty miles, in what was then thought the quick time of five hours. She ran for thirty years and was afterwards used as a pumping engine. In 1857 she was restored to her original state and placed on a pedestal in the North Road railway station at Darlington. This engine is often confounded with another of George Stephenson’s engines which now stands in a conspicuous position on the High Level Bridge at Newcastle. North Country folk seem at first to have called all engines by the famous name of “Billy.” The New Heading contains a picture of the Darlington Billy.’

Follow TALES FROM AROUND THE VICTORIAN WORLD. on WordPress.com