TALES FROM AROUND THE VICTORIAN WORLD.

The First Tea in Scotland.

This little snippet is from ‘Sunday Reading for Young and Old’ 1881.

‘The First Tea in Scotland. 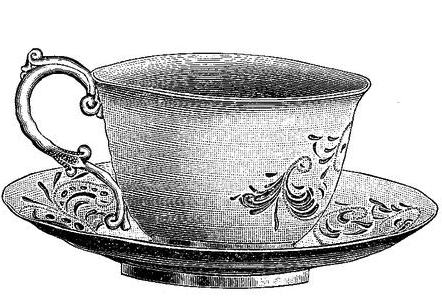 It is said that tea drinking became general in England much earlier than in Scotland; and the reason given is as follows-

The widow of the Duke of Monmouth, in the year 1685, sent a pound of tea to one of her relations living in the north country. This Chinese product was hitherto unknown there. It was carefully examined, and a cook was summonsed, who, after lengthy examination, gave it as his opinion that it was a dried herb.

The costly plant was entrusted to him to do as he pleased with it, and he set to work at once, boiled the leaves, threw away the water, and dished them up like spinach.

The guests found the vegetable but little to their taste, and the credit of tea suffered for a long time afterwards in consequence.’

Follow TALES FROM AROUND THE VICTORIAN WORLD. on WordPress.com